Have You See This Giant Sculpture Near Etihad Arena?

The promenade behind Etihad Arena, the capital’s residents were surprised to see the new installation which was described as a giant, bronze colored sculpture submerged in water had mysteriously popped up at Yas Bay waterfront in Abu Dhabi.

The large sculpture with its head and a hand protruding out of the water sits by the promenade behind Etihad Arena. A photo of the installation was shared by an Abu Dhabi resident on the popular Facebook group Abu Dhabi Q&A. It drew a lot of interest as people wondered where it had come from and what it meant. 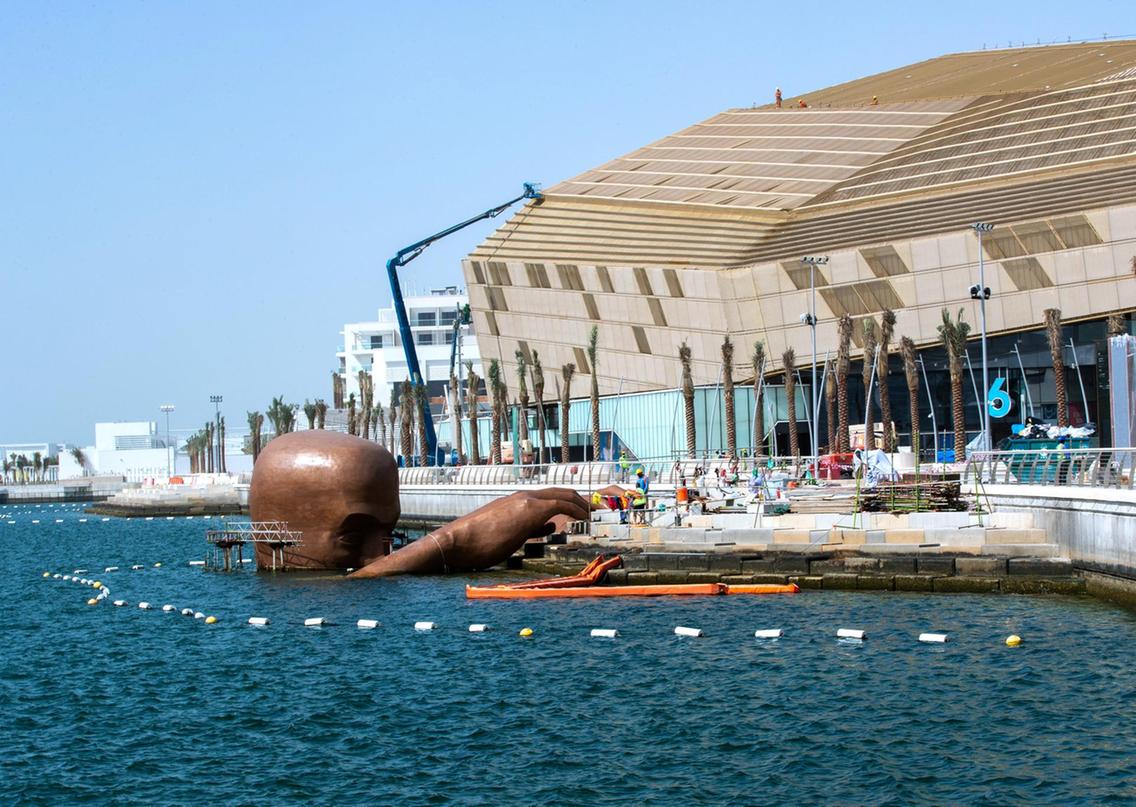 It has been discovered that the area is an ongoing project that will soon feature a pedestrianized promenade with about 40 cafes and restaurants, plus retail outlets.

This is not the first public artwork to be revealed on Yas Island and there is a talented artist behind the huge mural on the walls of nightclub Mad. Called The Humans, the black-and-white mural was created by Indian-Canadian street artist Fathima Mohiuddin, also known as Fatspatrol, who grew up in the UAE.

“When you look across the wall at the different heads, you see the dreamers, the visionaries, the jokers,” she says in a video posted on Miral’s social platforms. “If you look at every human being as their own universe, they are really quite beautiful.”

Mohiuddin, who has created murals around the world, including in Canada, Jordan, Australia and Ireland, is also creating a series of seven murals for Miral on Yas Island, all under the theme of birds of the UAE. She shared the first giant bird mural called The Desert Partridge on her Instagram account.