Artificial Intelligence Utilized To Monitor Health Of Palm Trees In...

Al Ain is using artificial intelligence to analyse the quantity and health of its thousands of palm trees. The collaboration with Mohammed bin Rashid Space Centre counted 45,000 palms in Abu Dhabi’s “Garden City”, analyzing satellite imagery to an accuracy of 98.7 per cent in less than seven days. 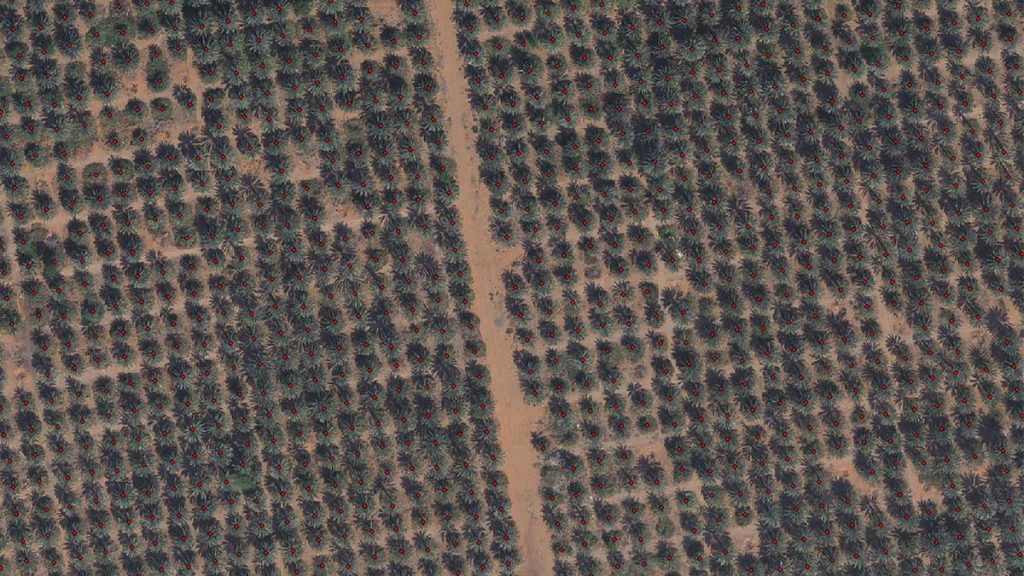 Before technology was introduced, the most reliable way to assess land use or crop performance was to send surveyors into the field to measure by hand. The process was slow and expensive to determine if crops were healthy and the yield was good, according to US research non-profit RTI International. In addition to being faster and less expensive, combining AI and satellite imaging can provide actionable insights for farmers, such as helping them pinpoint irrigation and fertiliser needs, or monitor for erosion or the effects of climate change.

Al Ain, which has been a Unesco world heritage site for a decade, is home to extensive oasis and more than 100 varieties of date palm trees.

Saeed Al Mansoori, who leads the department that developed the technology at the space centre, said the project demonstrated its readiness to generate insights on other environmental monitoring efforts.

The centre builds and operates Earth observation satellites, offering imaging and data analysis services to clients around the world, and is also part of the International Disasters Charter and Sentinel Asia, playing a crucial role in disaster relief and management globally.

In the case of the Al Ain project, the centre aims to support the UAE’s efforts to increase agricultural productivity, and to serve as an example of how technology can help in realising sustainable development while preserving the environment and balancing economic and social development.

In addition to Earth monitoring, the centre is also responsible for the UAE Astronaut Programme, which led Maj. Hazza Al Mansouri to become the first Emirati astronaut, when he travelled to the International Space Station on a scientific mission in 2019. The centre also oversees the development of the Mars 2117 project to build a human colony on Mars.