This Is Your Chance To See These Groundbreaking International Films

Film buffs we have good news for you.

The FrancoFilm Festival is back and with the embassies of France, Belgium, Canada and Switzerland joining forces to support the event’s ninth instalment. 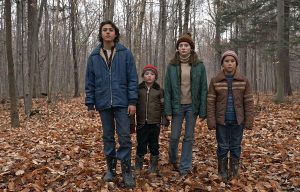 “For this ninth edition, we have decided to highlight Franco-Arab co-productions to underline the richness and diversity of these creations,” said France ambassador, Ludovic Pouille,

“This year and for the first time, we are proud to join forces with the independent platform Cinema Akil to offer quality and thought provoking films to the audiences in the UAE.”

Abu Dhabi will only be hosting three screening dates although we’re hoping for that to change just so we’ll have the chance to see as many from this year’s line-up.

But for now, here’s a preview of the movies gracing capital screens this month as part of the festival.

Montreal, October 1970. Twelve-year-old Manon’s family is on the verge of collapse; she and her little brother Mimi are about to be placed in Foster Care. Manon is incensed. Gripping, tender and moving, Cross My Heart is a vibrant story portraying the weaknesses and betrayals of adulthood as seen through the eyes of children.

In 2013, a 2000-year old statue of Apollo was found near Gaza, only to disappear all of a sudden. Apollo, god of art, beauty and divinations, incites all sorts of rumors, even the craziest ones.

Seule A Mon Mariage (Alone At My Wedding)

Insolent, spontaneous, funny. Pamela, a young Roma, embarks on a journey into the unknown, breaking away from the traditions that suffocate her. ‘Lapin, pizza, amour’ – all she has are three words in French and the hope that marriage will change her and her daughter’s destiny.