Scarecrow and The Penguin make appearances in Gotham City

Word has it that The Scarecrow is running amuck, spreading his specially designed fear toxin in the heart of park-goers. Known as the “Master of Fear”, the Scarecrow loves to run his psychological experiments on the citizens of Gotham City. 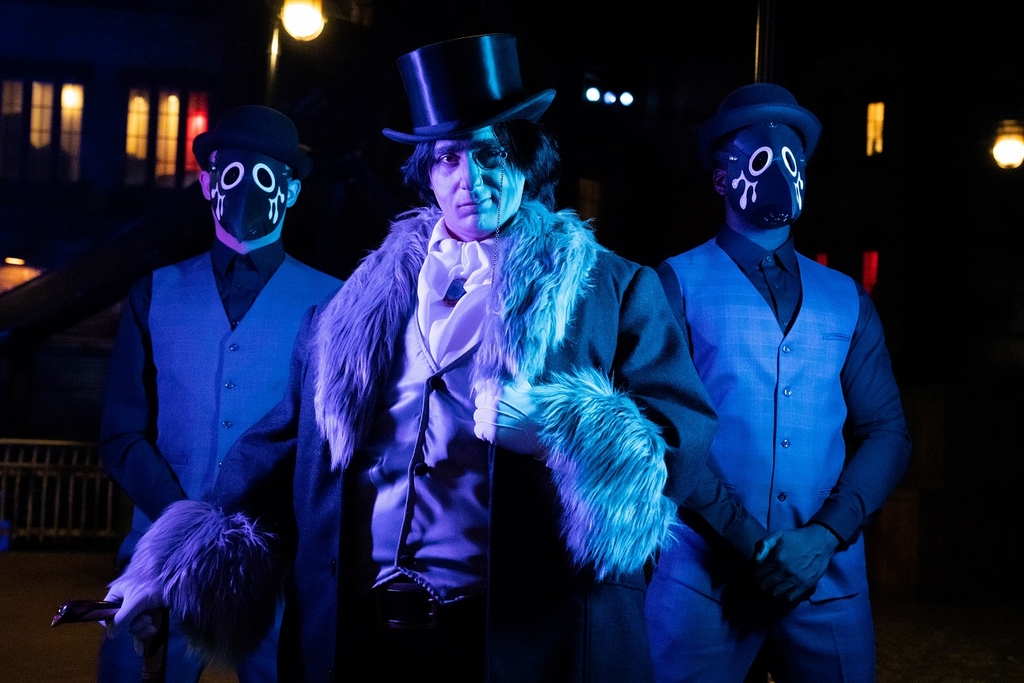 Guests should also keep an eye out for criminal genius The Penguin, otherwise known as Oswald Chesterfield Cobblepot. Dressed in a monocle, top hat and tuxedo along with his signature umbrella The Penguin and his henchmen are devising their next criminal plot.

Guests at Warner Bros. World™ Abu Dhabi will be delighted in meeting Batman’s new adversaries at the Park this week.  A few brave contenders can get close enough to take some commemorative photos all October long! Fans & frenzies of the Scarecrow and The Penguin can pick up all-new themed merchandise across Gotham City’s stores.

Experience all things spooky throughout October only on Yas Island in Abu Dhabi.

For more information, or to book your tickets at Warner Bros. World™ Abu Dhabi , visit www.wbworldad.com