Abu Dhabi has now seen the highest number of flamingo chicks since the breeding season that started around 15th March.

The Al Wathba Wetland Reserve was established by the late Sheikh Zayed bin Sultan Al Nahyan and was one of the first protected sites in the region to help the wildlife in the area thrive. Its the only place on the Arabian Peninsula where flamingos have bred more than once. As such the sanctity of the place is well managed and governed to ensure the protection of the birds and other wildlife in the area. Flamingos started regularly breeding in the Al Wathba Wetland Reserve in 2011 and have continued till date. In 2019, the colony was able to successfully raise 714 chicks. 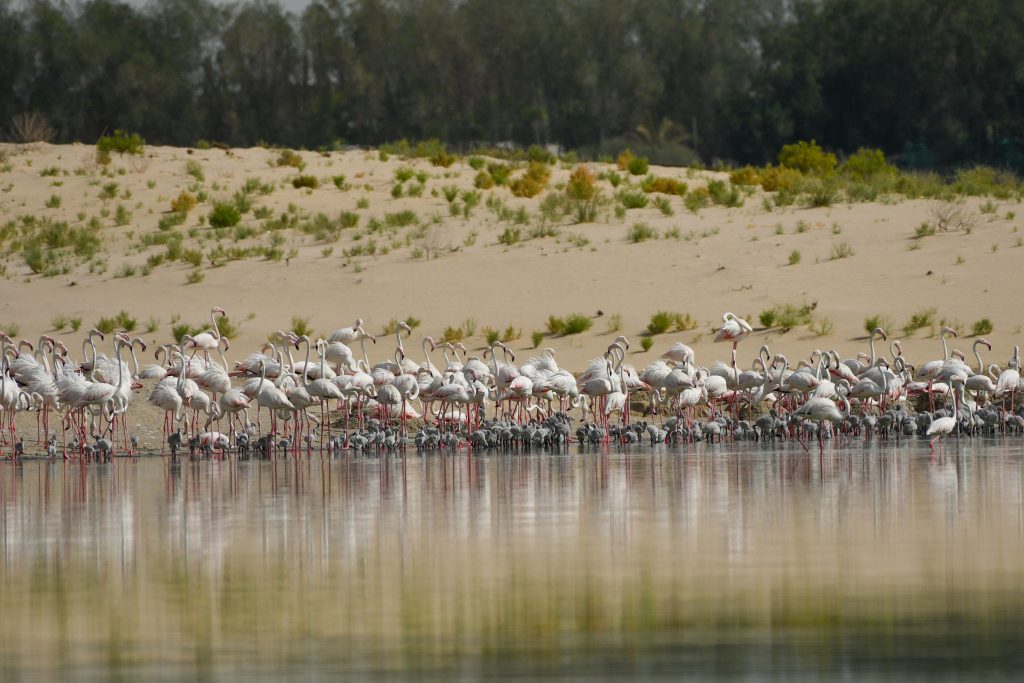 Dr. Shaikha Salem Al Dhaheri, Secretary-General of the Environment Agency, Abu Dhabi, said: “Continued breeding of flamingos at Al Wathba is a significant milestone in our efforts to protect our Emirate’s biodiversity. The news of the record numbers during the Covid-19 movement restrictions we have achieved is a positive indicator especially when several activities have come to a standstill.”

She has also said how the restrictions around the world have led to higher wildlife activities. The lack of disruption from human interaction has allowed wildlife and fauna to flourish and in Abu Dhabi, the record number by the flamingos are a testament to it. It has in fact caught the attention of the public and wildlife scientists nationally and internationally. 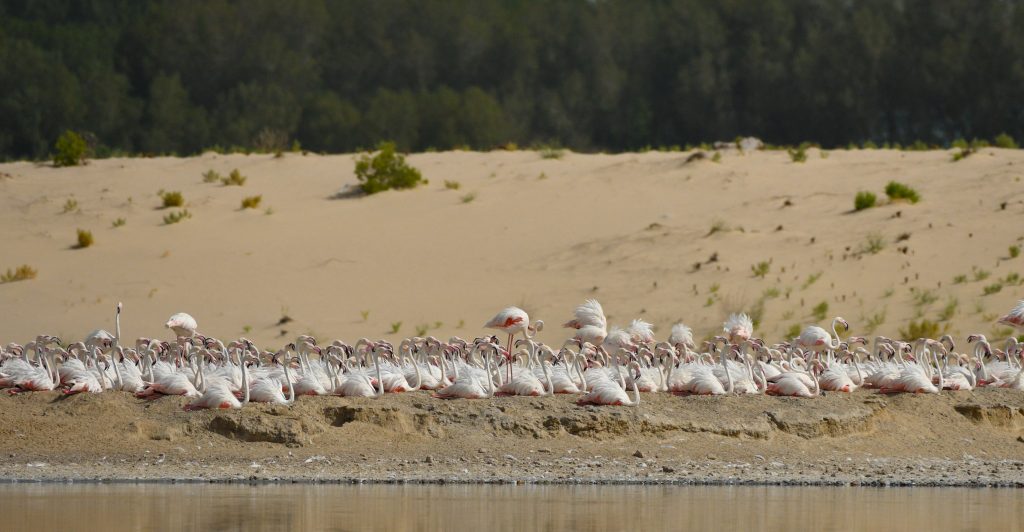 Al Wathba Wetland was declared as a reserve in 1998 by the late Sheikh Zayed bin Sultan Al Nahyan and established as a Protected Area after the first successful breeding of the Flamingos in the area. It is the only site in the Arabian Peninsula where the birds have bred more than once. In April 2013, recognizing the importance of this location, the reserve became the first in the Emirate of Abu Dhabi to be designated as a Ramsar site and it has been identified as one of the important bird areas in the country. It is also registered as an IUCN green list site, a program that identifies protected and conserved areas that are effectively managed and well-governed.

At the moment the reserve is closed off for visitors but usually, it offers free access to the public to enjoy the calm and natural surroundings and its inhabitants.