Did You Spot The Seven Metre Long Whale Shark In...

A 7-metre whale shark has been spotted in the Al Bahia Canal in Abu Dhabi.

The Environment Agency (EAD) in Abu Dhabi has issued an announcement warning the public to refrain from swimming or diving into the Al Bahia Canal after the whale shark was spotted.

The whale shark is an endangered species and is in the list of threatened species on the International Union for Conservation of Nature (IUCN) Red List. Residents have been asked to keep their distance and not feed the shark. 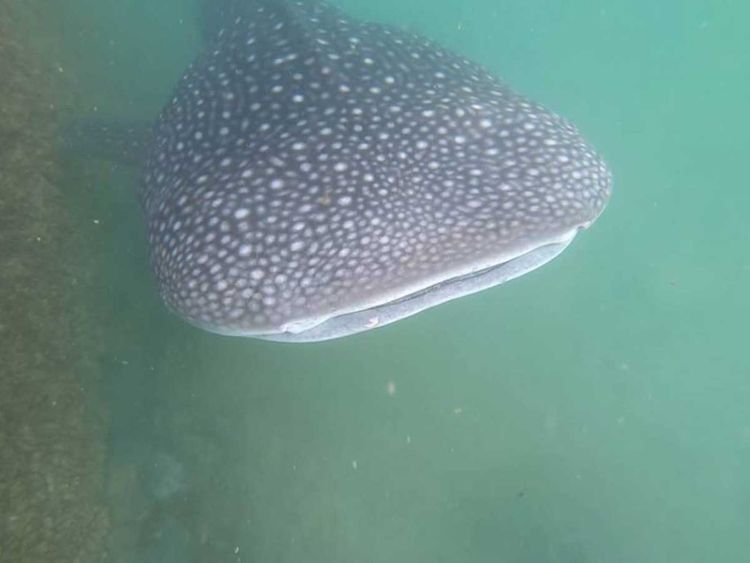 It undoubtedly is an exciting sighting as a whale shark was spotted earlier making this the second one to venture into Abu Dhabi waters. The first one has been returning to the Al Raha Canal and a team has been monitoring it for the last six weeks.  “Our juvenile whale shark has returned to Al Raha after last being seen there one week ago. Over the six weeks we have been monitoring him we noticed that he had lost some weight, so through our [understanding] with the National Aquarium on environmental cooperation and wildlife protection, we are supplementing his diet with some krill until he returns to sea,” said an official from the EAD.

It is expected to see whale sharks frequent the marinas and waterways of Abu Dhabi during this time and they are fairly harmless. In fact, this is a good sign as it indicates the quality of the UAE waters making it evident that the work by the environmental teams and experts to preserve the biological diversity of the region is working.

These visits help scientist monitor and gather more scientific data to inform their work for preservation and protection of the natural habitats and animals in them.